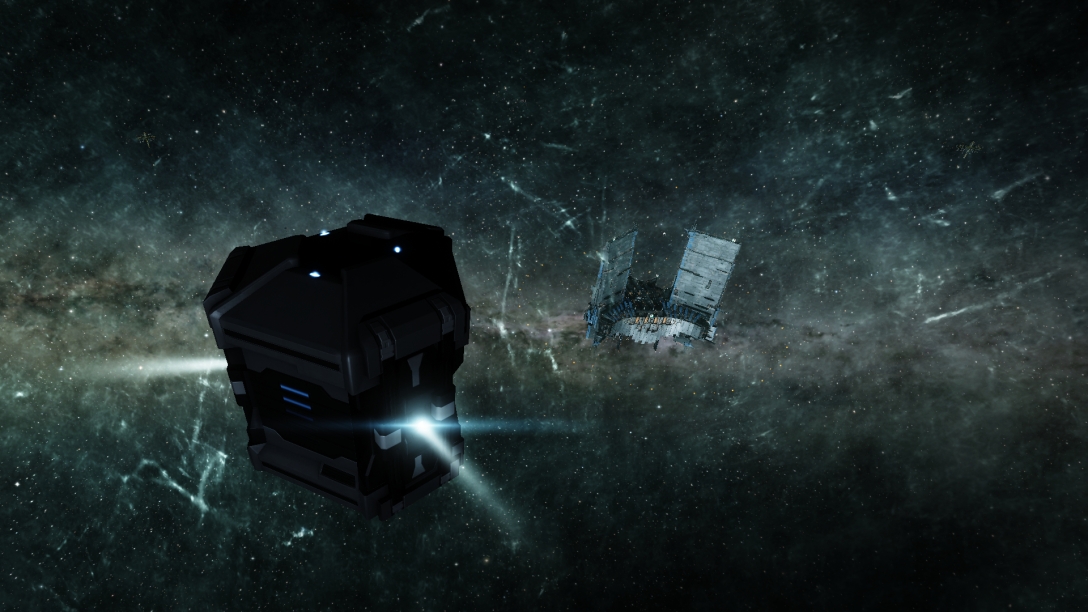 The fleet was returning from a successful roam and most had docked up in the staging already when I took the gate as well. My Sentinel were staying behind a bit to make sure we had no stragglers getting caught by the hostiles that had been reportet in the area.

It was a week day and already a bit late for the EU timezone and still early for US. A lone Hecate sat on the hostile Astrahaus, tethered. Probably waitng for it’s opportunity.

And there also was a Large Mobile Warpdisruptor deployed on the gate. Noticing Combat Probes on close dscan I decide to try something and burn my Sentinel over to the large bubble, deploy drones. It would take my ages to kill that thing on my own, but that’s part of the plan.

I inform the remaining members of the fleet, who hadn’t left yet, despite the fleet stood officially down. My drones begin to nibble on the bubble’s shield while I position myself so that the hostile bubble is between me and the Astrahus with the Hecate.
I leave my MWD on to bloom my Signature but set my speed low so don’t burn out of position by accident. The drones only got 5% shield off the deployable when the Hecate made it’s move.

He successfully had scanned me down with his Combat Probes and tried to warp directly on top of me. But his thirst for blood made him forget the bubble. And he warped directly into it, landing just 44km away from me on the other side.

I overheat point and burn in, careful not to get into scram-range. “Hecate tackled in a second, directly on the gate.”
In retrospect, maybe I should not have said anything and tried to go for the honorable 1v1. But then again, I was absolutely not sure If I could hold him long enough before his friends would show up. Neuts and Drones begin to do their job. But he then he manages to burn off I turn too late and overshoot him! Out of pointrange! No! But for some weird reason he didn’t warp? Oh right… we still where in the bubble! 😆

I burn back into range – a bit too eagerly – and he lands scram. “Oh shi…” But then one of my two 100 GJ Energy Neutralizer hits again and turns his modules off. As you would expect from a Hecate with a scrambler that tired to warp to 0 at you, he was brawl-fitted: Blasters with MWD, 2x Webs and Shortpoint. With him neuted dry, I probably could have killed him by myself eventually but the reinforcements who arrived on grid now accelerated the coming end of the tech three destroyer drastically. 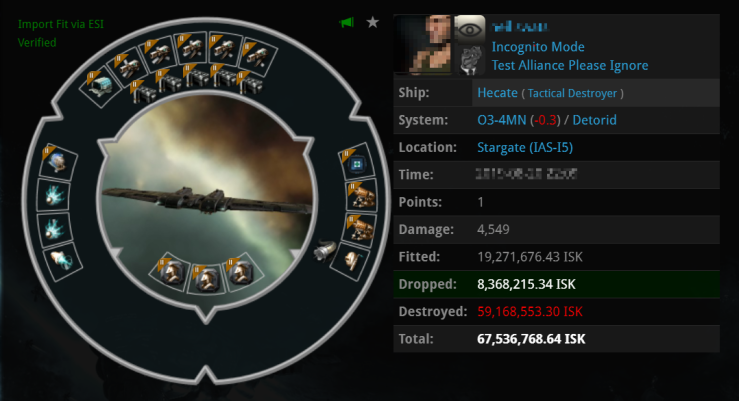 The lesson to take away from this is: Be careful when you have scanned down someone with Combat Probes. He might want you to do exactly that.

2 thoughts on “Baited on a Free Bubble”